After spending several hours with Lee Kennedy talking about the brand new Leiper's Fork Distillery, I carried away a wealth of knowledge about the science and history of Tennessee whiskey! 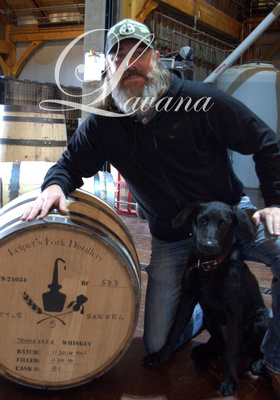 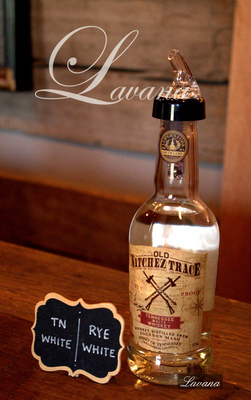 Lee has had a fascination with the science behind the whiskey distilling process since he was a young boy. Before the internet was born, he read any type of information about how to distill whiskey he could get his hands on. He found and devoured a book with several volumes called the Foxfire Books, written in the 1920s by an Appalachian State professor. Within one of these volumes contained information describing in detail how the Indians performed tasks in their daily lives and one of the tasks in this book was how to distill whiskey. 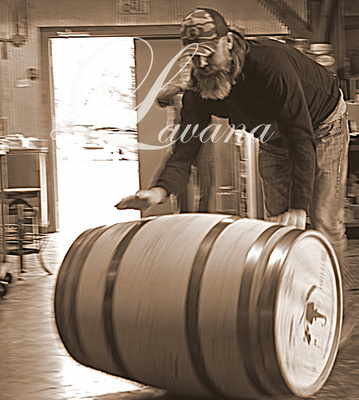 Lee took this information and created his first still when he was 16 years old. His passion for the history of how whiskey is made has only increased over the years and his love of the science and chemistry involved in creating a bottle of spirits

is obvious by the new facility he opened to the public on October 1st 2016!

When asked what's the most important role the Leiper's Fork Distillery can play in the community, Lee answered, "educating people about the rich history

of distillers across the world and to be a place where people can check in to find out about the history of the Leiper's Fork community".

The gift shop & the tasting cabin are combined in the first building you see when you drive up to the facility. This cabin was carefully dismantled at the original site, then reassembled piece by piece in its current location, so that it would be preserved for its rich history. When you walk in the front door, you are greeted with a feeling of.........WOW!!......because it stands on this property with all the original character of an 1800s log cabin! 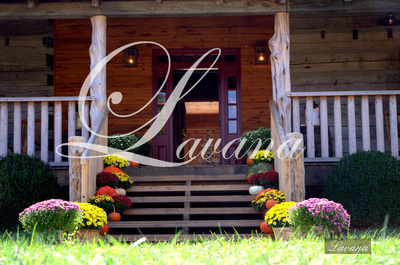 The spacious front porch is full of character as well. The atmosphere you notice when you walk onto this porch gives you the feeling it is time to relax. After taking a minute (or five) to take in the view, you begin to look around the porch and you find interesting items to look at and talk about while you sit a spell. A well placed checkerboard on a unique table with unique matching benches is just beggin' someone to sit and jump into a game! 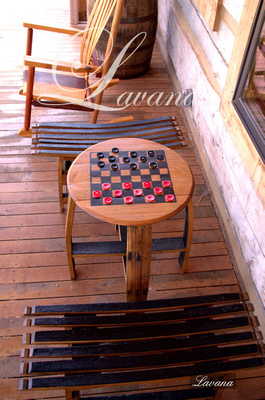 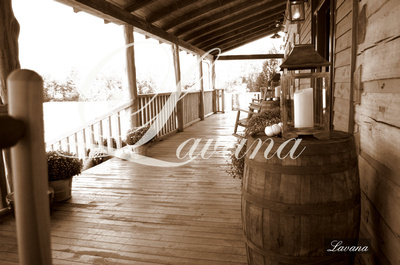 Inside, you will find a room with a bar custom made from other log cabins and burnt pieces of wood. This room is the tasting room and includes cocktail style tables with bar stools as seats adjacent to the bar itself.  Here is where you can get a taste of the TN whiskey they make at the distillery now. 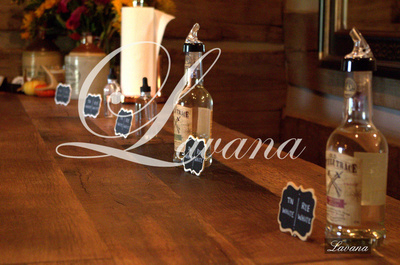 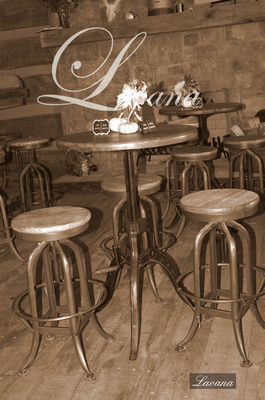 The Kennedy family created a nook just inside the front door, called the "picker's corner"! They hung guitars on the wall and placed a whiskey barrel and two stools there for the purposes of encouraging people, who play music, to grab an instrument and do some pickin' and grinnin'! 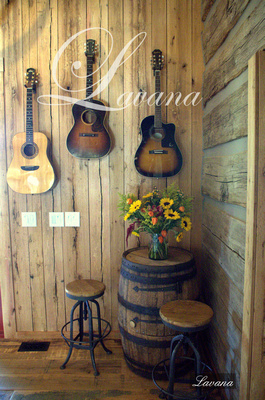 Finding gifts for the adults in your life for holidays and special occasions is easier than ever! Take a look at a few items for sale in the gift shop! From silver flasks to a unique shot glass with the Leiper's Fork Distillery logo, the merchandise is classy and readily available for purchase. 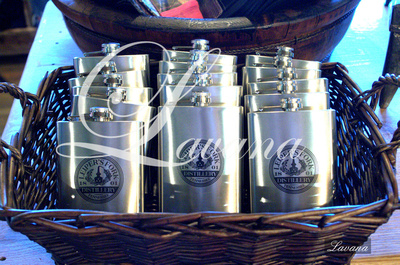 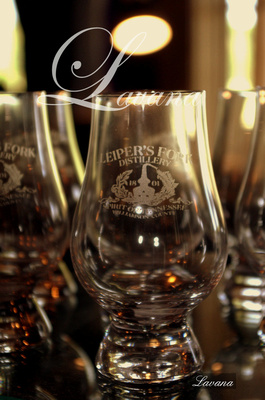 When you tour the Leiper's Fork Distillery, be sure to look in all directions.......... including UP!! A massive moose antler chandelier hangs quietly above all the action taking place in the cabin. 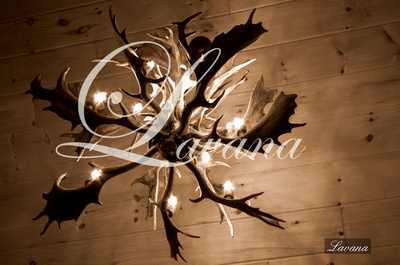 Moving from the cabin into the building sitting behind the cabin, the atmosphere changes drastically, because this is where the magic happens! When you open those giant doors, you are instantly greeted with a HUGE copper still that looks like it was made for cooking! This thing is definitely an overwhelming presence in this building and it is polished and always ready to be admired. 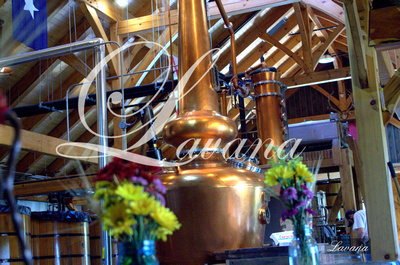 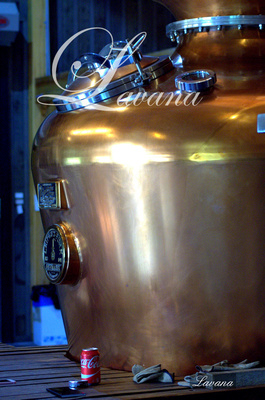 Catlin is pictured here watching the gauges on the still to make sure they stayed where they needed to be in the brewing process. I stood and watched him for at least 30 minutes and he stayed right there intently keeping an eye on them and making adjustments to the still as needed. Catlin & Lee were very patient and answered all my questions (I had a LOT of questions) with great passion and full explanations. I suspect they have given these same explanations a thousand times before, but their answers sounded like I was the first person to ever ask those questions. 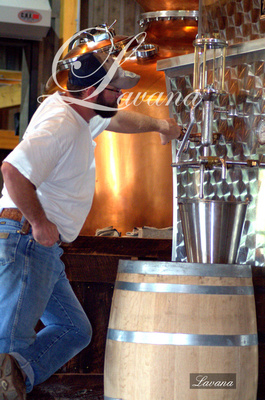 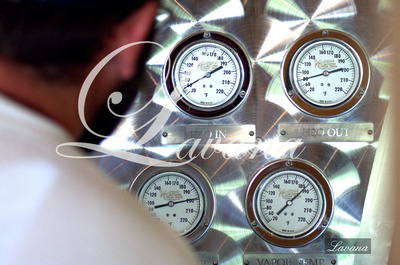 As you look around the open building, you will spot various unique elements such as an exotic looking bobcat resting on one of the beams overlooking the copper still and the daily brewing activities. The huge flag in the background is a "made in America" symbol as well as a way of letting visitors know that the Kennedy family & distillery employees are proud to be Americans and that they support our troops! 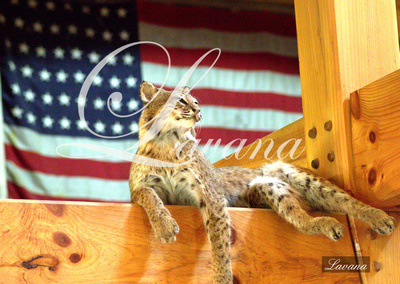 Barrels and barrels of whiskey are beginning to accumulate in the warehouse as the daily brewing of bourbon brings the first barrel one day closer to completion. Just imagine...... bourbon created right here in Leiper's Fork Country! 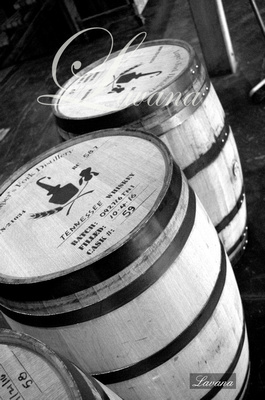 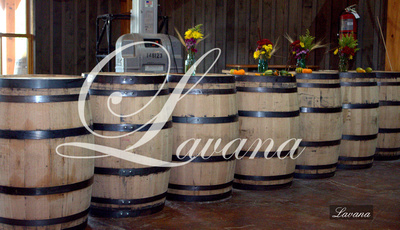 Scout worked his way around the copper still and was sneaking up the steps in hopes of snatching a piece of pizza! He is just adorable! 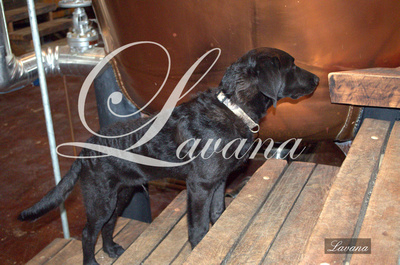 The Distillery offers tours of the facility daily that includes learning about the distilling process from start to finish. The tours begin at 9am and end at 4pm

Be sure to visit their website to find out all the important information & click Here to view more Leiper's Fork Distillery photos in our photo gallery. 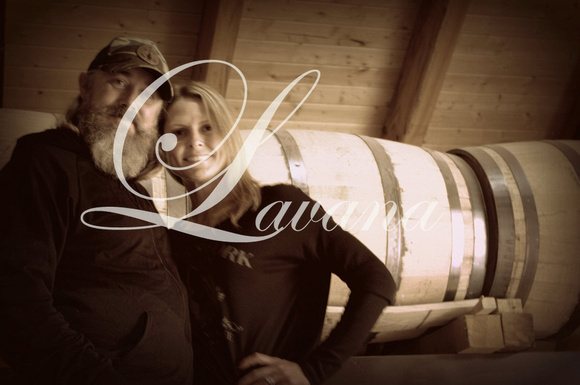